CHEYENNE – Overall, Wyoming’s fourth and eighth grade students in 2017 continue to outperform national average test scores in reading and mathematics on the 2017 National Assessment of Educational Progress, known as the Nation’s Report Card or NAEP.

“NAEP provides an important independent look at how our schools are doing, and these results show that Wyoming schools and students have a lot to be proud of, particularly with fourth grade math,” said State Superintendent Jillian Balow. “Wyoming spends more per student than many states, and by equitably distributing those funds, we create opportunities for every student to be successful. Teachers have the funds and the support they need to make sure curriculum is aligned to assessments and the standards. As we move to a new statewide assessment that provides more data to teachers and takes up less time in the classroom, I am confident Wyoming will continue to be a national leader in education.”

Another bright spot in the new results was an increase in grade eight mathematics scores for the state’s Native American students; their increased performance in mathematics during 2017 significantly reduced the achievement gap between Native American and White students in Wyoming as previously reported in 2015. 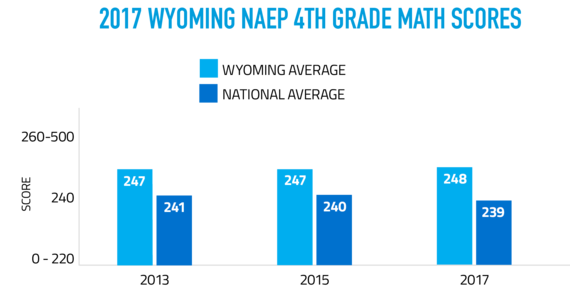 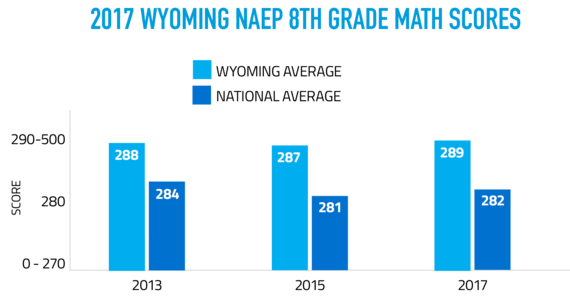 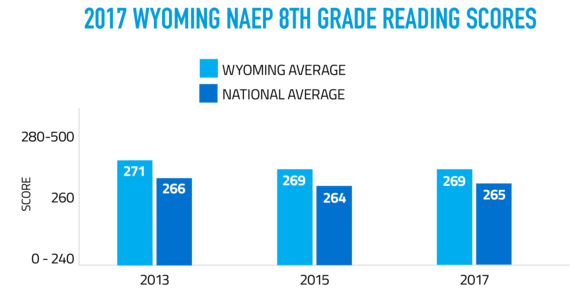 Unlike the state’s WY-TOPP census, which tests all students, NAEP is administered to a statistical sample of students and does not render individual test results for students or their schools. As such, NAEP data represent a sampling of Wyoming students and their responses.

NAEP testing is administered every two years in reading and mathematics to Wyoming’s fourth and eighth grade students. The 2017 results mark a shift in NAEP procedures from a paper-and-pencil  testing format to digitally-based assessments. All fifty states participate in the assessment, as well as the District of Columbia and Department of Defense (DoD) schools. NAEP provides an external reference or point-of-comparison to audit, review, and compare each state’s educational program. Additionally, NAEP provides a stable trend line for tracking achievement during the current flux nationally in state testing programs.

For more details on Wyoming’s 2017 NAEP results and click the “2017 NAEP” button, or click on the links below: