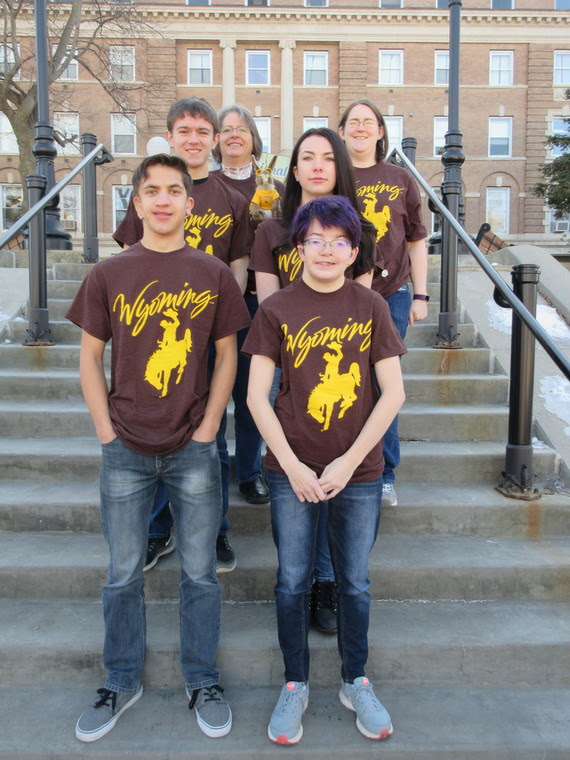 CHEYENNE – For a fourth consecutive year, Wyoming will send a team of Deaf and Hard-of-Hearing (D/HH) students to the Gallaudet University National Academic Bowl competition in Washington, D.C. The Academic Bowl challenges D/HH high school students in a Jeopardy-style game against their peers, and helps to foster camaraderie among D/HH students.

Gallaudet is the only University for D/HH students in the world, and hosts 80 teams in four regional sites in United States. Wyoming students faced off against their counterparts in the Midwest Regionals at the Iowa School for the Deaf in Council Bluffs, Iowa. The Wyoming team earned an invitation to the national competition after they placed second to the defending national champions from Indiana.

Teammates Ammon Bullinger of Burlington, Desirae Layher of Douglas, Hannah Feurt of Cheyenne, and Gabriel Heuer of Casper will travel to the nationals with coaches Jo Otterholt and Meghan Watt. The bowl will be held April 14-18, 2018. The competition can be followed at Gallaudet University’s Academic Bowl website.